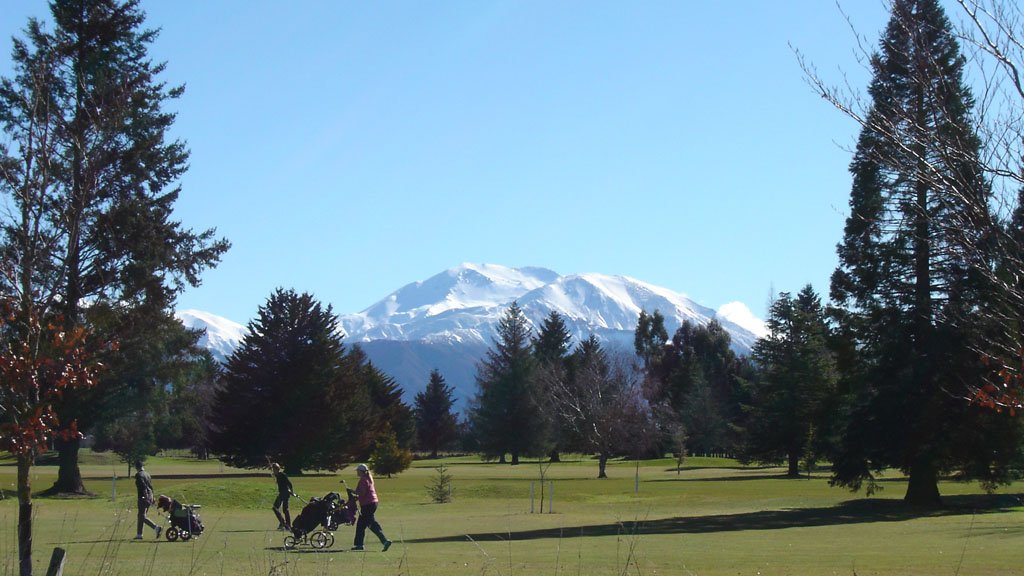 Details for the 2021 tournament will be posted here when they become available.

Success for locals:
Local members Tania Wilson, Jenny Senior and Frank Sandys, Eric Grimwade took the honours in the Philip Wareing Ltd 2 day Multi – sponsored Tournament over the weekend. The field of 104 teams, 208 golfers, enjoyed the superb course conditions but had to put with changing weather conditions at times.
In tricky conditions at times on Sunday, Wilson, with a superb nett 67, led the way, with Senior, to clinch victory in the Women’s section with 210. One shot further back were two teams, last year’s winners, Sharon Burrell Smith and Sandra Marr, and Bev Chinn and Wendy Bruce. A further shot back was Catherine Knight and Emily Wilson.
There was also a close result in the Men’s section. Head green keeper, Paul Plimmer, with an equally impressive 65, along with partner, Craig J Middleton, set the early pace with 199. They were quickly followed by Ross Moore and James Blackburn from Rakaia on 201. It was well into the afternoon before Sandys and Grimwade, each completed nett 71s, to clinch victory on 197. It was said, “Since the hedge has been removed perhaps the other 148 men players were never destined to win because Sandys’ and Grimwade’s back yard is the Methven Golf Club!!”
Individual highlights during the two days began on Saturday with 86 year old, Bill Mason. He beat his age by 8 years with an amazing 78 gross. Amazing. This was followed on Sunday by James Anderson’s scoring his first hole in one on the par 3 No 4. Congratulations.
Players from as far away as Mount Maunganui in North to Cromwell in the South to Hokitika, Greymouth, Westport, Reefton to Christchurch and Mid Canterbury Clubs.
Rakaia won the best visiting team trophy from Tinwald.
Players are planning to come back next year.
Thanks to the many local business who have supported the tournament and the Methven Golf Club. 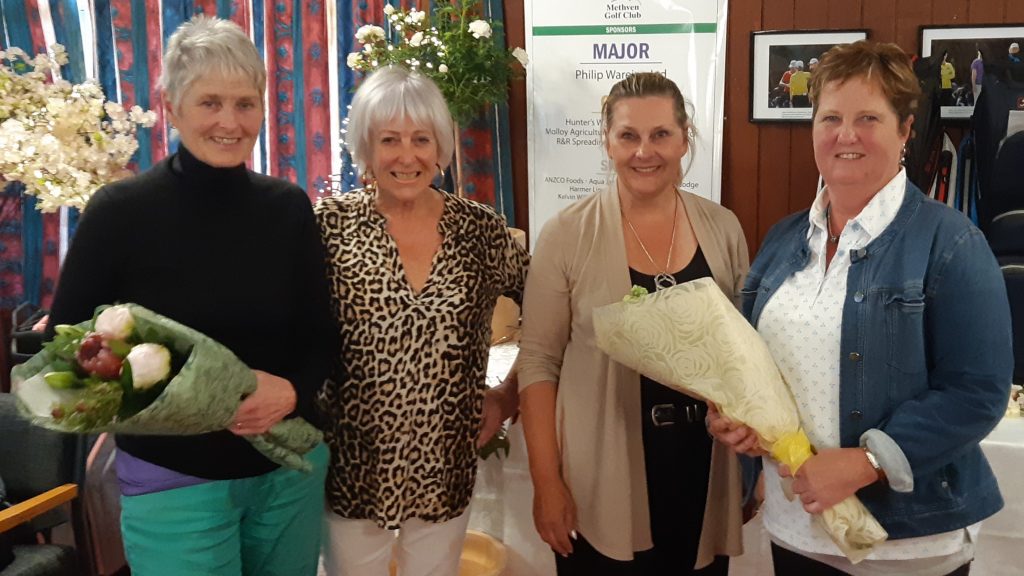 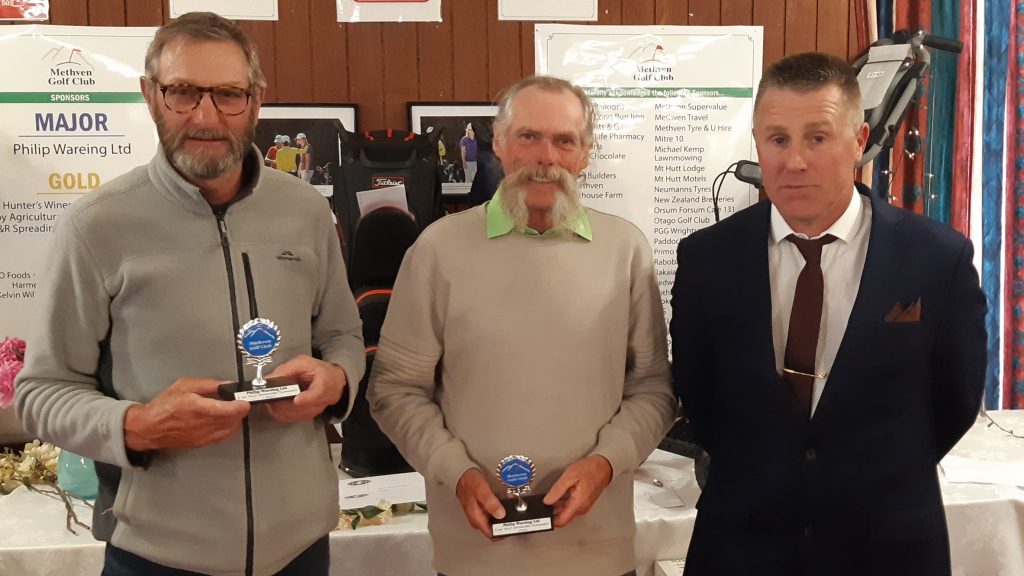